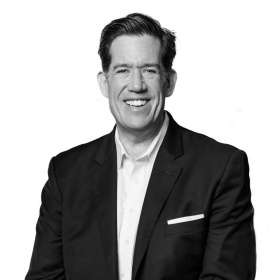 Very few have the insights and know-how on the New Economy like Matt Curtis. A former right hand to a couple of Austin mayors, Matt has extensive experience in municipal government and local politics, working on a broad variety of initiatives and best practices in a rapidly changing city. He has served as Director at the Central Texas Transit Authority where he piloted issues related to the region’s passenger rail and transit-oriented development. He also is a trained facilitator with 15 years of expertise in helping connect potentially conflicting interests to create effective policy.

In 2011 he became the Senior Director of Global Government Affairs and Public Policy for HomeAway/Expedia where he worked with governments, and local communities around the world to create best practices and effective regulations. He has served on the United States Conference of Mayors Business Council, the National League of Cities Corporate Council, the Sharing Economy Advisory Network, the Travel Technology Association board and serves on the Vacation Rental Managers Association board.

Recently he founded GPS Policy Group with several other former policy makers. Together they help cities and tech companies understand how the Sharing Economy, Peer-to-Peer Economy, and Gig Economy – collectively called the New Economy – to grow together with fair regulations that achieve compliance.