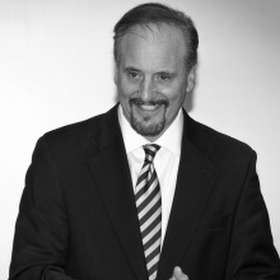 John DiMichele is the Chief Executive Officer of the Toronto Real Estate Board (TREB).  TREB is recognized as the largest real estate board in North America with over 48,000 members and serving over 56,000 users in the Greater Toronto Area. Having worked as a real estate professional and as an association leader John brings together a wealth of experience, the practitioner’s perspective, and an intimate understanding of the real estate landscape.

John worked in the Real Estate profession initially as a salesperson and then as a Broker/Manager prior to joining TREB’s staff as Chief Information Officer.  As TREB’s CIO John was responsible for all technology and for introducing and overseeing a variety of notable initiatives some of which include early adoption of strong authentication, the Buyer Registry, CONNECT and  external data integration.

In 2009 John was moved into the Associate CEO role and in 2014 to the position of Chief Executive Officer. As CEO, one of his key priorities has been to better understand, examine and optimize the economic competitiveness and livability of the Greater Toronto Area and the wider Greater Golden Horseshoe Region. To that end, he initiated and spearheaded TREB’s Market Year in Review & Outlook Report in 2016.  This ground breaking report utilizes scientific data, evidence based initiatives and consults stakeholders from various sectors across the region on key areas of improvement for a better future.

John also has a wealth of experience serving on various boards and associations. He served in several capacities and on a wide range of committees and Board of Directors as a REALTOR® member of three Real Estate Boards of varying sizes including the Toronto Real Estate Board.

John’s efforts and leadership have been recognized over the years. Most recently he was named in the 2017 Swanepoel 200 and the Real Estate Professionals of Canada Hot list for 2017 as an influential force.